Re. Scrap Metal Trade in Jamaica

“Some people have this amazing ability to turn disaster into opportunity, while others simply turn potentially fruitful opportunities to disaster.  Try to remain optimistic at all times so the latter doesn’t happen to you.” (Michael Williams)  The banning of the scrap metal trade in Jamaica is a perfect example of people turning something which would have been otherwise productive into disaster.  Not only was the trade providing much needed employment, it was also helping to clean up our countrysides of these unsightly metals.  However when people are driven by greed they lose their moral conscience.  The cutting down of telephone cables and the theft of railway lines are bad enough; but when they begin to desecrate graves, when not even the dead can rest in peace, when caskets are been dug up for there metal handles, that served as a signal that enough was enough.                  There are people who have invested a lot of money in the scrap metal trade and would like for the ban to be lifted; and one can understand their situation.  The question is if this is to happen what measures will be put in place so that the factors which caused the closure of the trade in the first place do not repeat itself.  Does anyone have any answers?

A Thought of Inspiration From Ecclesiastes 9:11 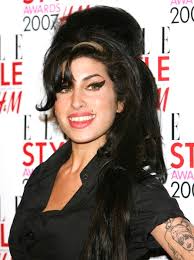 An Inspirational Passage From Proverbs 23 verses 29-35

A Thought of Inspiration