As I child I lived in a small community where people looked out for each other. Crime was almost non-existent. Neighbors helping neighbors. A neighbor cooking and giving dinner to another neighbor over the fence was a common occurrence. Most people farmed and they shared with each other. There was no need for anyone to go hungry.

You had a few who would try to reap people’s crops before they did, but it was never on a large scale. Teeth and tongue would meet at times but generally people got along. Every child had an Uncle and Aunt who wasn’t even blood relative. Adults protected children and children respected adults. Gone are those days. Is it too much to ask for a return of those good old days?

The world would be a better place if we all came together and each one help the other. From nations and governments to the common man. If we all could work together and try to get along what a wonderful world this would be!

It is sad the way we as humans treat one another. The lack of respect for human life is having devastating effects all around the world. People take the lives of others with no thought of the pain they cause and the problem is the good people die while the evil ones live.

Let us be our brother’s keeper. Let us look out for each other for no one is immune from the danger of those who come to plunder and kill. Last week my hometown lost one of its best, a man who spent his entire life serving his community. He was a gentle soul, a kind hearted person who people could go to for help. His death has left a huge void. My prayer is that his murderer will be brought to justice.

When I see what is going on around the country it makes me wonder how will all this play out in the end. Seeds of hate and division are sprouting all around us. We are becoming a nation divided… a nation where only people of a certain skin color are welcome. Ironically those who profess to be evangelicals seems to see nothing wrong with the hateful rhetorics and the seed of hate they are being sewed. They turn a blind eye. Safe in their religion they have forgotten that the Christ they profess to serve is one of love and acceptance. We must renounce hate and bigotry and come together as one nation.

The world has become a place where there is so much hate and lack of unity.  People are turning on others out of pure hate. The question I have to ask is why all this hate? Why is it so difficult for all of us to coexist and get along. How can each of us play a part in healing our world instead of being a part of the problem?  We need to be more accepting of others and understand that everyone deserves the right to live and be happy.

Thousands of New Yorkers lined the streets to get a glimpse of Pope Francis and there were excited cheers from people everywhere he went. The message he brought us was one of love, unity, equality and acceptance.

He noted that the environment was not ours to abuse much less to destroy and touched on the topic of man creating weapons of mass destruction. “In wars and conflict there are individuals who weep, suffer and die,” he said. He did not stop there but also spoke about human trafficking, the sale of body parts and the sexual exploitation of little girls and boys. Every subject he touched had something to do with us as individuals and our environment. The thing I hope everyone who listened to that speech took note of is these words that ring so true -The real danger in the world comes from man – what are we going to do about it? Continue down the path of destruction, inflicting pain on one another or are we going to change?

Let it not be said that we are common criminals
all just uneducated, liars, and thieves,
Let us be remembered as the ones who fought for peace.
Blood dries on cold hard pavement
and a mother weeps, for her son is gone
Still body not another breath will breathe
Gone too soon and yet we will hear the sound
again of another mother weeping,
when this same scene is once again repeated.
Can there be peace in the absence of justice.
For the sake of humanity
we have to find a common ground
We must put aside hatred, hostility and division
We must unite and have peace. 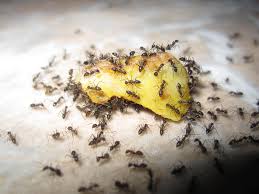 Ants are tiny creatures but amazingly they have the ability to move things more than ten times their size.
How are they able to do this? The answer is simple, they work together in unity.
They are industrious workers who will try relentlessly until they get the job done.
If you look at an ant hill you will realize how organized these creatures are.
Be careful not to disturb that anthill because it is not one ant that you will have to deal with.
They will all attack.  We humans can learn something about unity from these little ants.