WHEN WILL WOMEN GET JUSTICE

We talk daily about stemming the spate of violence against women. We pay lip service about punishing offenders, but when is justice really served. When a judge sentences a privileged white man to six months in prison for brutally raping a woman what message is that sending to others like him?

The Judge in the Brock Turner case was more concerned about his welfare than that of the woman he raped. He is reported to have said “A prison sentence would have a severe impact on him…I think he will not be a danger to others.”  So you the judge who women are looking to for justice is concerned about the impact prison will have on this convicted rapist. What about the indelible mark this man has left on this woman’s life. What about her physical, emotional and mental scars; her life will never be this same again.

This is a national disgrace. There should be one set of rules for all whether you are white or black or rich or poor. The privileged few should not be allowed to live above the law; there should be justice for all. Once again I have to ask, WHEN WILL WOMEN GET JUSTICE?

“Until the philosophy which holds one race superior and another inferior is finally and permanently discredited and abandoned, everywhere is war and until there are no longer first-class and second-class citizens of any nation, until the color of a man’s skin is of no more significance than the color of his eyes. And until the basic human rights are equally guaranteed to all without regard to race, there is war. And until that day, the dream of lasting peace, world citizenship, rule of international morality, will remain but a fleeting illusion to be pursued, but never attained… now everywhere is war.”

These words of  Haile Selassie written years ago still rings true today. You could say the more things change the more they remain the same. We cannot tell people what to think but if you have a job to protect then you must do so impartially  and not allow your personal prejudices to cloud your judgement. The justice system is broken and the way forward is to address the cracks in the system so that the laws apply to everyone equally. It is the system that allows a lot of the injustice because those involved know they will not be held accountable for their actions. We need to fix the justice system.

Throughout history inequality has always existed and one race of people hold themselves superior to another. However does this whole concept stem from scientific evidence or just plain stupidity?  The color of one’s skin does not define a man. All men are created the same. One race of people do not possess superior brains or body organs that another do not possess. To say the goods is better because the packaging is different shows ignorance and stupidity.

Ignorant and stupid people we can live with. However when these people are so driven by hate of skin color that a person is hurt or killed just for walking while being black we have a very serious problem. Most serial killers are white males, does this mean every time we look into the face of a white man we see a potential serial killer? There are black men who break the law and yes they commit crimes but does that mean every black man is a criminal?

While we cannot change a person’s thinking and make a stupid person smart those who take the oath to protect must do so without prejudice. They must see people not in terms of skin color but as human beings. They must stop looking through biased lens where they see a white man as a decent citizen and the black man a potential criminal just by looking at their skin color. If you give a mad man a loaded gun a catastrophe is likely to happen. Presently we have power given to biased perhaps even racist law enforcers and catastrophes are taking place.

The killing of young unharmed black male must stop. Law enforcer acting like thugs and beating up on black men must stop. The policy of shoot first and ask question after must stop. Lead by example. There is no need to kill a man unless your own life is in danger. Do not abuse the power you are given, when you do so it makes you no better than the criminals. This is for all law enforcers irrespective of skin color for the black police officer is just as quick to beat up on his own as the white one is. People are people and we must move forward by accepting and respecting one another. Too many black males have already lost their lives unnecessarily. Let good judgement and fairness prevail. Let there be equal rights and justice for all. 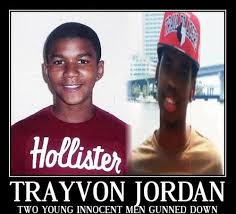 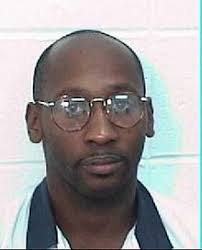 Bam, bam, bam,
Another one goes down,
And the morning newspaper,
Headline scream,
‘Man shot dead last night!’
Bam, bam, bam,
Another mother cries,
Another heart knows sorrow,
Where will it end?
This senseless killing,
Blood forever spilling,
Who did it?
The question frequently asked,
And often go unanswered,
It must be someone with,
A heart carved from stone,
And a mind made of steel,
And ice water instead of blood,
Flowing through his veins
Who would take up a gun,
And senselessly kill his brother!

It is wrong to show favoritism when passing judgment.  A judge who says to the wicked, “You are innocent,” will be cursed by many people and denounced by the nations.  But it will go well for those who convict the guilty; rich blessings will be showered on them.  {Proverbs 24 V  23, 24 & 25}