If you live in the USA or Canada and love the caribbean but are not able to travel there, no worries let us take the caribbean to you. Savor tasty, finger licking, exotic snacks delivered right to your door from Tastyislandcrate.com

At tastyislandcrate we source flavorful snacks from across the caribbean. Our snacks are great for picnics, parties or just to munch on at home. Shipping is free within the USA and for Canada we only charge $9.

Our crates come in two sizes; a ‘mini crate’ and a larger ‘original crate’. For more information visit our website at  tastyislandcrate  Hope to see you soon. 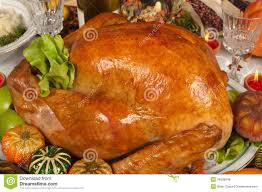 On Thursday we will celebrate Thanksgiving, one of the most look forward to holidays in America.  Already many are preparing the holiday menu.  On some tables there will be the traditional turkey, golden brown from the oven, ham, mashed potatoes, or potato salad and for those of Caribbean descent there will probably be jerked chicken, curried goat and goat water, rice and peas, carrot cake and sweet potato pudding.

It is a day to give thanks to God for his many blessing and to get together with families and celebrate.  Many will travel thousands of miles to be with their loved ones and they will create memories. However there are some people who will not get the chance to enjoy this momentous occasion as their employers require them to be at work on Thanksgiving.

There are 365 days in a year but giving their workers the day off to celebrate with their families is apparently too much of  a sacrifice for many businesses to make.  Kmart for example open its doors at 6 a. m. on Thanks giving day.  Wal-Mart opens all day but sales begin at 6 p. m.   Toys R Us opens at 5 p.m.  Best Buy 6 p. m.  JCPenny, Macy’s, Target, Sears and Staples all open at 8 p.m.   Thanksgiving is now being termed as Grey Thursday and if we are not careful the true meaning will be lost and sales will become the order of the day.

Maybe it is time to follow the examples of three states which ban shopping of Thanksgiving.  These states are Rhode Island, Maine and Massachusetts.   As consumers we have the power to stop the growing trend of businesses opening on Thanksgiving day by boycotting those who do.  Consumers going out to shop will force those businesses to stay closed.

A big Thumbs up to  Nordstrom, TJ Maxx, Costco, Burlington Coat Factory and Marshall’s who will all remain closed on Thanksgiving.  We respect and appreciate the decision you have all made in remaining closed.

For each and everyone I wish you a Happy Thanksgiving and may the Good Lord bless you all.

Hurricane Sandy has come and gone leaving a trail of destruction and devastation behind. Millions were in one way or the other affected by her fury. She unleashed her anger in the Caribbean them moved on to our area uprooting and moving anything that stood in her way.

For many it was a humbling an eye-opening experience. A valuable lesson can be learned from all of this. It is important not to take hurricane warnings lightly. Some people were reluctant to evacuate when asked to do so because they wanted to stay to safeguard their homes. People must understand there is nothing they can do to control nature and there is no point in staying when you might not live to occupy that house. There are times when we have to forget about materialistic things and instead focus on staying alive. A few learned this lesson the hard way. I pray that others will take heed so these mistakes will not be repeated in the future.