The separation of children from their parent which is current happening as immigrants seeking a better life try to enter the United States is a cruel and inhumane act. These children are caught up in something which they have no control over. Their lives are already been traumatized by them having to flee what they knew was home to go to a place unknown. How can they ignore the cries of these innocent children and snatch them from the arms of their parents. Why is it okay to subject these children to psychological and emotional trauma. If these immigrants have to be turned back so be it but in the name of humanity do not separate children from their parents. 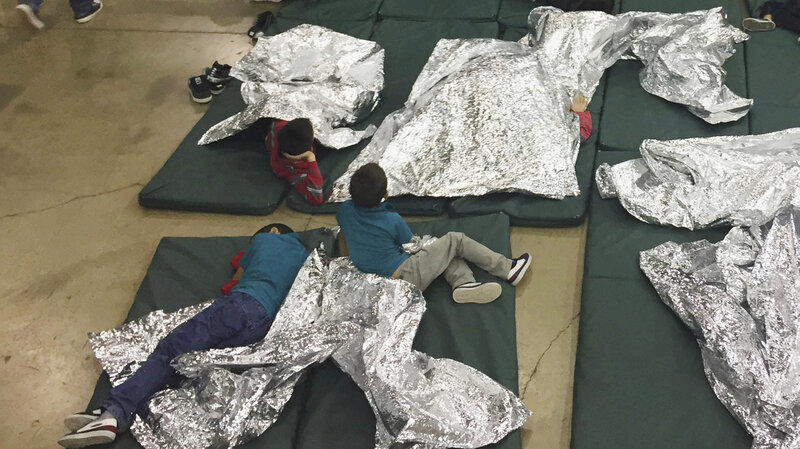 We mourn the loss of those whose lives were viciously snatched from them in the latest school shooting. No words will ever be enough to quell the pain of those who are hurting in the wake of this tragedy. Prayers is good but we can not longer sit silent and believe that prayers alone is going to solve this problem.

It is time to take action.  No one is immune. It is frightening to say this, but the next victim could be me or you. It could be your son or daughter, it could be your husband or wife. We need gun control and we need it now. This is not about playing politics. This is about saving lives.

The political scene in America is getting more and more humorous. Last night at the MTV VMA’s Kanye West announced that he intends to run for President in 2020. I thought it somewhat hilarious. What are your thoughts?

I read this news paper article about a week ago and I have to state my views on the incident. Apparently a 17-year-old transvestite was spotted dancing with another man at  a street dance. Someone recognized him and pointed out to others that he was a man dressed up like a woman. Subsequently the teen was attacked, beaten, chopped and stabbed to death. His body was then dumped into nearby bushes and was later discovered by police who are reportedly launching an investigation. I will not hold my breath on any arrest in the matter.

In my opinion this was a wicked and barbaric act against this young man. He may have stepped out of line dancing with another man in a society in which he is aware that many people are homophobic. However taking the life of someone for this in this cruel manner is something we must denounce. Unfortunately in the comments it was clear that many people justified the actions of the murderers.

Siding with murderers in a country with a high murder rate as Jamaica murder rate is poses some serious questions. How seriously do Jamaicans feel about curbing the murder rate which already is over six hundred death for 2015.  How is it okay to stab and chop someone to death simply for being different?  How is it wrong to be gay yet okay to be a murderer. Many are quick to quote scriptures to justify their actions but let us also remember one of the ten commandments said Thou Shalt Not Kill.

The story of an eleven year-old girl in Paraguay giving birth by cesarean section is a heart-wrenching one. The little girl, a victim of rape was denied an abortion because Paraguayan strict abortion laws would not allow it.

The girl 42 year-old stepfather was arrested and charged with rape and abuse. The girl’s mother was also charged with child neglect and complicity.

It is disheartening to know that this child had to endure so much trauma. She suffered sexual abuse which goes back as far as 2013 with no one to protect her. Now she has motherhood thrust upon her without getting the chance to enjoy her childhood.

One must question how much Paraguay is doing to protect the rights of children. Reports states that about 684 girls between the ages of 10-14 gave birth in 2014. Most of them were victims of sexual abuse. Help Save our girls. Fight against child abuse.