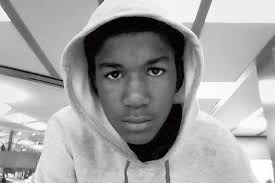 Today marks the second anniversary of the shooting death of Trayvon Martin. The seventeen year old  was killed on February 26, 2012 while on his way home. The loss of a child is never easy and when there is no justice for the life that was taken it makes the pain even more profound. However the family can take comfort in knowing that while man denied him justice in God they will get justice. Today we remember Trayvon.

I thought of you with love today
but that is nothing new.
I thought about you yesterday,
and the day before that too.
I think of you in silence,
I often speak your name.
All I have is memories,
and your picture in a frame.
Your memory is my keepsake,
with which I’ll never part.
God has you in his keeping,
I have you in my heart !!!
Forever and Always.

George Zimmerman has finally been charged with the shooting death of Trayvon Martin.  The incident took place more than a month ago.  Zimmerman will face charges of second degree murder.  One can only hope now for a fair trial and that justice will prevail.  Sadly enough at the end of the day their will be no winners, for a life that is lost can never be replaced, all one can hope for is closure.

There has been a lot of talk since Travyon Martin was killed a month ago; yet despite the talk and the walks and the cries for his arrest, Zimmerman remains a free man.  This case is now filled with so much drama that it is not even easy to establish the truth of what really did in fact take place that night.  Let us therefore start with the facts that we do know; Travyon Martin was shot dead, George Zimmerman was the one who pulled the trigger to that gun when ended his life.  George Zimmerman said he acted in self-defense but shouldn’t this be a case for him to prove in court?  If he did act in self-defense he has nothing to worry about, he will walk out a free man or but then I forgot as far as the police are concerned Zimmerman does not have to answer to anyone, he said he acted in self-defense and his word is gospel.

A lot of the stories coming out of this incident seems to be fabricated and doesn’t really make any sense.  One of Zimmerman’s friend claimed he was badly hurt that night and went to the doctor the next day to be treated for a broken nose.  Strangely enough there are no photos or videos of Zimmerman looking as if he had been hurt at all.  I am sure if that did in fact happen Zimmerman and his broken nose would have been plastered all over the media.  There are no pictures, because it never happened.  There is no evidence to support his claim of self-defense.  So why are the police so reluctant to make an arrest even now after all the protests and outcries?  It as if they are saying it’s no big deal that’s just one less black youth that we have to deal with.   I don’t want to appear racist but I can’t help wondering, if Zimmerman was black Trayvon white, would the situation have been handled in the same manner?

What is also truly mind-boggling is how when a person commits a crime he suddenly becomes the victim.  Quoting from reports of what one of Zimmerman’s friend ”He hasn’t been to his apartment since that happened and he’s been treated for post-traumatic stress disorder, for depression, for insomnia” end quote.   Well big deal, the fact is Zimmerman is alive and will continue to go on living his life.  Trayvon Martin is dead, his life was unnecessarily cut short, for him there is no tomorrow.   For those Zimmerman’s sympathizers I want you to ask yourselves this question, would if it was my son, or brother, or close relative, or friend that was killed would I still feel the same?   Be true to yourselves and answer the question truthfully.

In ending I just want to say a life is a life.  You shouldn’t have to put a color to it in order to get justice!

A life can be lost in a flash, in the blinking of an eye.  The painful thing is once it is lost it cannot be replaced.  Too many people seem to have the feeling that it is okay to shoot first and ask questions later.  People have lost their lives for being in the wrong place at the wrong time, or for just not having the right look in someone else’ s eyes.

Trayvon Martin lost his life simply for not having the right look in the eyes of George Zimmerman.  He was a black man wearing a hoodie.  That in Zimmerman’s mind made him a criminal and he took it upon himself to play the role of judge, jury and executioner.  He claimed he acted in self-defense but let us get the facts straight.  He was armed, Trayvon Martin was unharmed.  The young man did not attack him; in fact he was trying to get away from him.  So in what way was Zimmerman’s life  in any danger and therefore needed to defend himself?

This was clearly not a case of self-defense.  So why has he not been arrested?  What kind of message is sending to others who feel it is okay to shoot a young black man simply because of the clothes he is wearing?  Will there ever come a time when there will be justice and equality for one and all despite the color of one’s skin?  It somehow seems as if it is going to take a miracle for this to happen.