Starting Today Monday July 10, I am going to feature a Woman of the Week, every week. They will be women in history as well as present day women who have impacted significantly on society and in some cases the world. 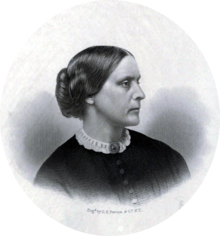 Susan B Anthony was an American Human Rights Activists. In an era when women had no voice, she fought for the rights of women. In 1852 she along with a colleague founded the New York Women’s State Temperance Society, after she was prevented from speaking at a temperance conference because she was a woman.

Susan was a strong supporter for the abolition of slavery and campaigned for equal rights for people of color. She was a leading figure in the women’s voting rights movement. In 1872 she was arrested for voting in an election. She was convicted but refused to pay the fine. Sadly Susan died before women were allowed the right to vote.

The fight for the rights of women has been an uphill battle. Let us salute this iconic woman who helped to pave the way.

Marva Seaton is a Mom, Author, Blogger, and Poet. She is passionate about issues concerning woman and tries to highlight stories of those suffering abuse. She strongly believes in fairness, equality, and the empowerment of women. View all posts by marvaseaton