A young woman who was brutally attacked and raped by several men on a moving bus in New Delhi, India on December 16, died on Saturday as a result of her injuries.  Six men accused in the incident have been charged with murder.  If convicted, they could face the death penalty.

The savage nature of the incident led to violent protests and demands for improved protection for women.  In India rape is common and the conviction rates for the crime very low.

The young woman boarded a bus with a male companion after watching a movie at a mall. They were attacked and beaten with iron rods by the men and the woman repeatedly raped.  A rod was used in the rape, causing internal injuries.  After undergoing this agonizing torture she was thrown from the moving bus.  She died Saturday morning in Singapore where she had been flown for treatment.  According to hospital sources in Singapore she had an infection in her lungs and abdomen, liver damage and brain injury.  She died from organ failure.  Her body was flown back to India on Saturday.  Her male companion survived.

Prime minister Manmohan Singh expressed his condolences to the family of the victim on Saturday.  In a statement he said “We have already seen the emotions and energies this incident has generated.  It would be a true homage to her memory if we are able to channel these emotions and energies into a constructive course of action.”  He said the government is examining the penal provisions that exist for such crimes and measures to enhance the safety and security of women.

For a long time it had seemed to me that life was about to begin–real life. But there was always some obstacle in the way, something to be gotten through first, some unfinished business, time still to be served, a debt to be paid. Then life would begin. At last it dawned on me that these obstacles were my life.– Alfred D. Souza

If there is a future there is time for mending-
Time to see your troubles coming to an ending.

Life is never hopeless however great your sorrow-
If you’re looking forward to a new tomorrow.

So if through your window there is a new day breaking-
Thank God for the promise, though mind and soul be aching,

If with harvest over there is grain enough for gleaning-
There is a new tomorrow and life still has meaning.

I look at her battered, bruised face,
And she quickly looks away,
“I fell,” she responded, to the unspoken question,
And yet she wouldn’t look my way.
Caught up in a situation of physical abuse
Why did she think she had to stay?
“Leave him,” I told her,
And she pretended not to understand.
“I fell,” she repeated,
Trying to convince me,
Trying to convince herself.
“You don’t deserve this,” I told her,
“He loves me,” she says.
“No,” I tell her,
“Love is not supposed to hurt.”
She nods her head as if agreeing with me,
And yet I wonder,
Does she really understand?

In the US between 1000-1600 women die each year as a result of domestic violence.  It is time to take charge and make changes don’t allow yourself to become part of the statistic for 2013.  Engage in health and fulfilling relationships.  Learn to recognize signs of abuse and remove yourself before you get trapped in a life of physical abuse.

Doomsday has come and gone and we are still here.  We have celebrated Christmas and Boxing Day without any disruption.  The world has not ended!!  Can we now all agree that the ending of the Mayan calendar had nothing to do with the end of time?  Now that doomsday is behind us we must now focus on living and believing the words of  the bible which says “No man knows the time nor the hour”  Man have being predicting the end of the world time after time and it has not come to pass.  This is because the words of the bible is the real truth and everything else is a lie! 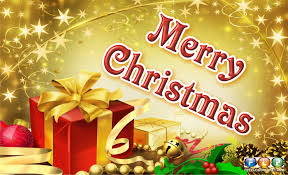 My fellow bloggers and friends, today we celebrate Christmas in remembrance of the fact that God so loved the world that He sent his only begotten son.  Jesus came not to condemn the world, but that the world through him might be saved.

This Christmas let us take a special time out to comfort those who mourn, lend a helping hand to those in need and share what we have with those who are less fortunate.  May the joy of Christmas find its way into every home and may everyone be of good cheer.  A Happy and Peaceful Christmas to everyone!!

Warning Signs That Your Man Could be an Abuser

If your man display violent behavior and has problems controlling his temper when dealing with others, pay attention.  If he was abusive in a previous relationship, this is a warning sign that you should not ignore.  You must also note that when he hits you he may try to make light of the situation.  A friend of mine once  came to me complaining that his girlfriend had left him.  I of course asked him why.  He said they had gotten into and argument and he accidentally hit her.

As the saying goes there are two sides to every story.  His girlfriend who was also a friend of mine told me what really happened.  She had gone to a work related function and was late in returning home.  He had come in search of her and met her on her way back home.  Without any provocation, perhaps just being angry by the fact that she was late, he punched her.  The blow left her unconscious and regained consciousness in the hospital.  She left him.  He could have killed her.  She said she wasn’t going back because the next time she might not that lucky. She never took him back, and who could blame her?  Yet this is the mistake many women make, going back to their partners after being physically abused by them.

If he is loving and charming when people are around then becomes hostile and abusive when you are alone, do not ignore the changes in his behavior.  Abusive men pick the time and place to  carry out their abuse.  They are often very charming when others are around to observe them, but become a different person behind closed doors.  Some abusers seem to have split personality.  In public they have this desire to be seen as Mr. Nice guy and it is this nice guy attitude which might charm a woman into falling for him.  However when you are alone with him behind closed doors and you see his true character emerging, do not hesitate or second guess your self; end the relationship.  The longer you remain the more difficult it will be for you to extricate yourself.

The Light of God surrounds me;
The Love of God enfolds me;
The Power of God protects me;
The Presence of God watches over me;
Wherever I am, God is,
And all is well.

Recognizing Warning Signs That Your Man Could be an Abuser

Women are often trapped in abusive relationships because they did not recognize or chose to ignore the warning signs.  Since it is often difficult to get out of these relationships it is very important for you to be aware of the negative behavior of your partner and end the relationship before he gets too much control over your life.

One of the first thing an abuser will try to is to control you.  He will try to make you abandon your family and friends for him.  He needs to get the feeling that he is number one in your life; that he means more to you than anyone else.  I recall a conversation I had with a friend of mine  (who we shall call Sharon) very abusive boyfriend.  Her family was upset about the way he was physically abusing her and was adamant that she should leave him.  I remember him saying to me ”Sharon isn’t going to leave me, she loves me.  She don’t care about her family.  She will do anything I tell her to do so they are just wasting their time.”  I recall him being very smug about it, so very sure of himself.

This is one of the first signs that you should learn to recognize.  If your partner is trying to separate you from your family and friends, pay close attention and ask yourself, why is he doing this?  It could be a situation of divide and conquer.  He could be setting the stage for abuse and by controlling you and alienating you from those who care about you, when the abuse begins you will have no one to turn to for help.  The first step therefore to not set yourself up for an abusive relationship is to make sure the relationship you have with your family and friends remain intact.